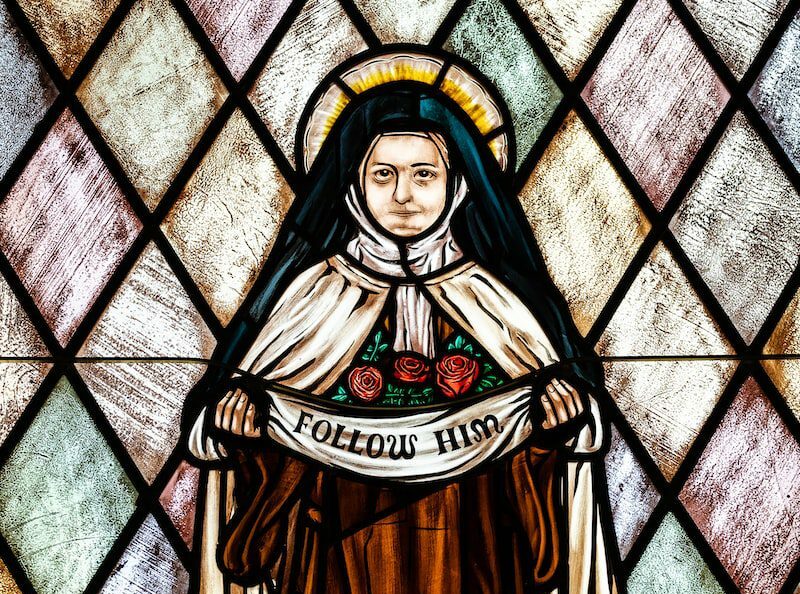 She was born to a pious middle-class French family of tradesmen; daughter of Blessed Louis Martin and Blessed Marie-Azelie Guérin Martin. All four of her sisters became nuns.

Her mother died when Francoise-Marie was only four, and the family moved to Lisieux, Normandy, France to be closer to family. She was cured from an illness at age eight when a statue of the Blessed Virgin smiled at her. Educated by the Benedictine nuns of Notre-Dame-du-Pre. Confirmed there at age eleven. Just before her 14th birthday she received a vision of the Child Jesus; she immediately understood the great sacrifice that had been made for her and developed an unshakeable faith.

She was known by all for her complete devotion to spiritual development and to the austerities of the Carmelite rule. Due to health problems resulting from her ongoing fight with tuberculosis, her superiors ordered her not to fast. At age 22 she was ordered by her prioress to begin writing her memories and ideas, which material would turn into the book History of a Soul.

Therese defined her path to God and holiness as The Little Way, which consisted of child-like love and trust in God. She had an on-going correspondence with Carmelite missionaries in China, often stating how much she wanted to come work with them. Many miracles attributed to her. She was declared a Doctor of the Church in 1997 by Pope John Paul II.
Taken from Laudate app.