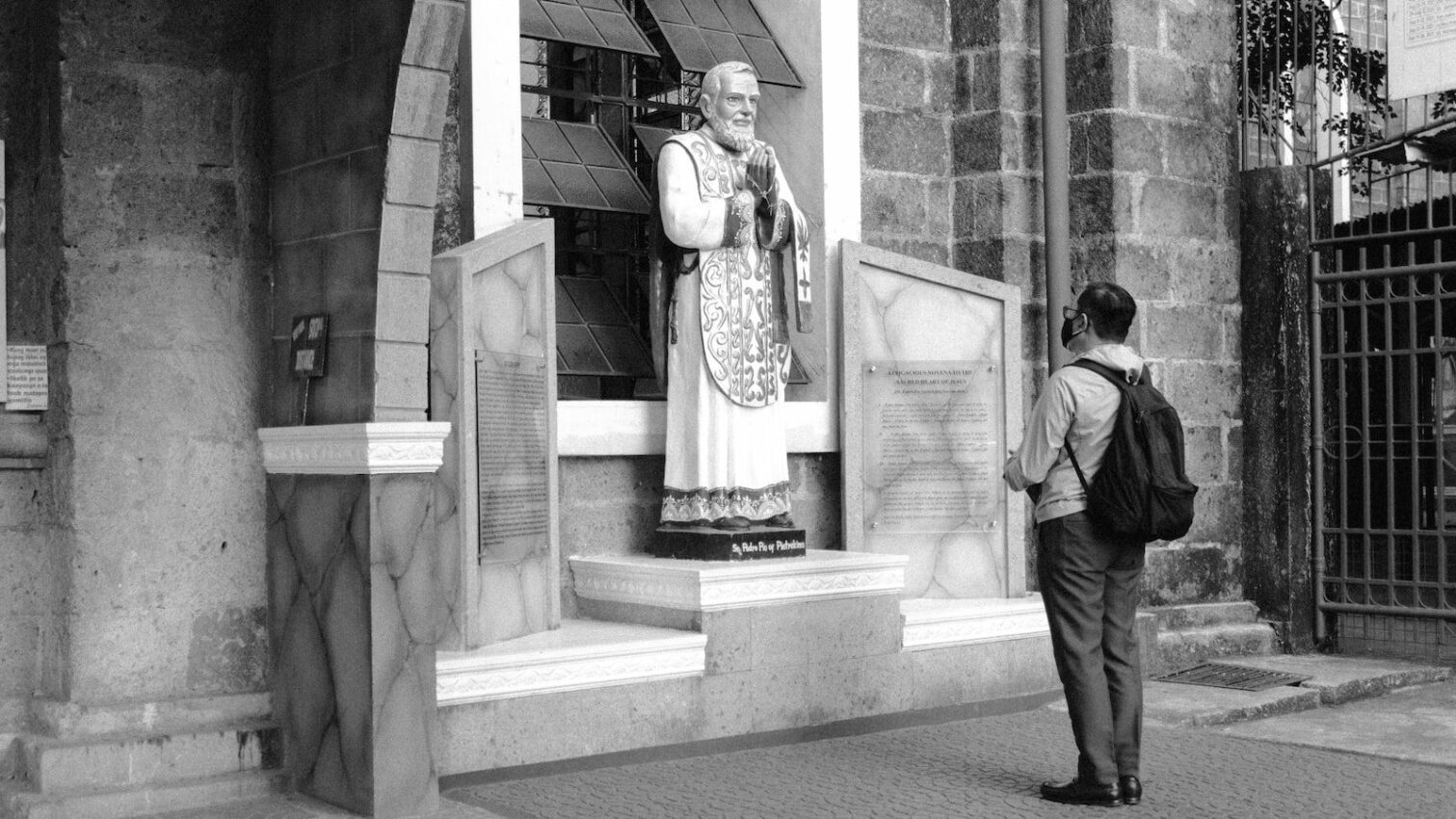 Francesco Forgione, Pade Pio was born to a southern Italian farm family, the son of Grazio, a shepherd, May 25, 1887. At age 15 he entered the novitiate of the Capuchin friars in Morcone, Italy and joined the order at age 19. He suffered several health problems, and at one point his family thought he had tuberculosis. He was ordained at age 22 on 10 August 1910.

While praying before a cross, he received the stigmata on 20 September 1918, the first priest ever to be so blessed. As word spread, especially after American soldiers brought home stories of Padre Pio following WWII, the priest himself became a point of pilgrimage for both the pious and the curious.

He would hear confessions by the hour, reportedly able to read the consciences of those who held back. Reportedly able to bilocate, levitate, and heal by touch. He founded the House for the Relief of Suffering in 1956, a hospital that serves 60,000 a year. In the 1920’s he started a series of prayer groups that continue today with over 400,000 members worldwide.

His canonization miracle involved the cure of Matteo Pio Colella, age 7, the son of a doctor who works in the House for Relief of Suffering, the hospital in San Giovanni Rotondo founded by Padre Pio.

On the night of 20 June 2000, Matteo was admitted to the intensive care unit of the hospital with meningitis. By morning, doctors had lost hope for him as nine of the boy’s internal organs had ceased to give signs of life. That night, during a prayer vigil attended by Matteo’s mother and some Capuchin friars of Padre Pio’s monastery, the child’s condition improved suddenly.

When he awoke from the coma, Matteo said that he had seen an elderly man with a white beard and a long, brown habit, who said to him: “Don’t worry, you will soon be cured.” The miracle was approved by the Congregation and Pope John Paul II on 20 December 2001.

Padre Pio, pray for us.